Time to reclaim 'mum' from marketers 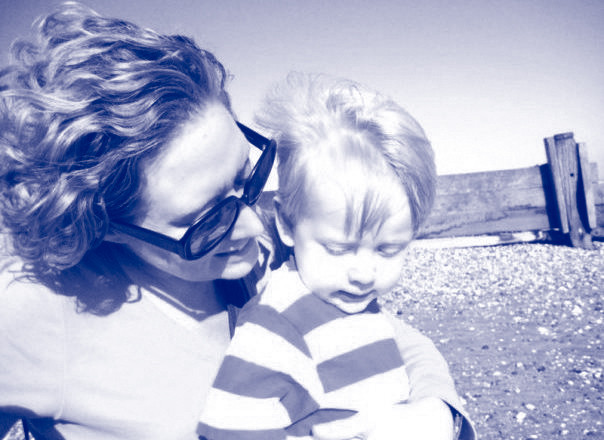 Some ten years ago, I was working with a male consultant on a branding project. Within our collaborative presentation, he had defined one of the criteria of our messaging work as: ‘So your mum could understand it.’ I asked him why. Why not ‘your dad’? Why not ‘your friend at the pub’? I made him take it out, leaving him bewildered.

Since then, I’ve come across the phrase several times. There’s a variation, too: ‘So your nan could understand it’. To put it in context, the other commonly used phrase in marketing and communications is ‘So a five-year-old could understand it’ or ‘ELI5’ (Explain like I'm 5).

That’s the point. Mums, nans, we’re not the same as five-year-olds. I do understand the good intent. But it perpetuates a narrative that needs changing.

In this amazing year, 100 years since some women were granted the vote, and on International Women’s Day, I’d like to put in a bid to reclaim the idea of ‘mum’.

‘Mum’ has become a neat shorthand for ‘anyone’. The implication is ‘not spectacular’, ‘not a professional’ or simply ‘older’. The apologetic ‘Mumpreneurs’ do nothing to help this. (Why don’t they want to be ‘entrepreneurs’?)

We know mums can be pretty damn smart, high-achieving professionals. Stay-at-home mums can have PhDs. And even if they don’t, they certainly have brains and are dealing with a ton of challenges that are easily comparable to the demands of any workplace. (Anyone else remember the relief of going back to work after maternity leave?)

If it’s about age, of course older women can be educated and smart too. Women’s mental faculties may degrade with age, but so too do men’s. Why is it older women don’t enjoy that ‘distinguished’ air like older men? Unfortunately it’s because of a culture of sexism and the perceived norms that go with it.

Women seem to have more of a ‘best before date’ in the workplace. It’s not entirely the same for men. Post-kids and certainly post-menopause, women command less interest from men and are often the least respected group.

I say this based on experience. Working in two male-led creative agencies I’ve seen the most mature and professionally senior of my female colleagues treated with disrespect, with throw-away comments, jokes. That was 15 years ago. Now I’m closer in age to those women – and even more cross about it.

I’ve also worked with formidable mature women who have clearly needed to over-assert themselves to establish respect. And girly women who use their charms to their advantage. None of these are ideal.

A powerful article by Lili Loofbourow appeared in The Guardian yesterday: ‘The male glance: how we fail to take women’s stories seriously’. She quoted a Susan Sontag reflection which is too insightful not to share:

“The great advantage men have is that our culture allows two standards of male beauty: the boy and the man. The beauty of a boy resembles the beauty of a girl. In both sexes, it is a fragile kind of beauty and flourishes naturally only in the early part of the life cycle. Happily, men are able to accept themselves under another standard of good looks – heavier, rougher, more thickly built … There is no equivalent of this second standard for women. The single standard of beauty for women dictates that they must go on having clear skin. Every wrinkle, every line, every grey hair, is a defeat.”

This is about beauty but has broader relevance relating to the perception of ageing women. Loofbourow goes on to describe how female-centred stories are readily dismissed, a culture that includes “pronouncing mothers intrinsically boring.” That a struck a chord with me. I’ve had enough of the boring ‘mum’ thing. It’s sad when women don’t want to identify as ‘mumsy’ because of negative stereotyping.

Not everyone will agree. These are my views based on my experiences. I’d like to think things are moving on. Recognition of ‘mansplaining’ and critiques of gendered products certainly help highlight the wider issue around recognising women on an equal footing.

But whatever your own views and experiences, today, it’s worth thinking about how everyone can make a difference to the female narrative through their day-to-day work.

Design and marketing professionals can and should challenge briefs that reinforce short-sighted stereotypes. And take care in their language when creating things like persona descriptors and brand strategies.

Please, don’t use the phrase ‘So your mum could understand it’. It’s time to find other words to describe ‘lowest common denominator’ if that’s what you mean. Mums are pretty damn amazing – and are likely to understand quite a lot.

Get colourful news and thoughts in your inbox: